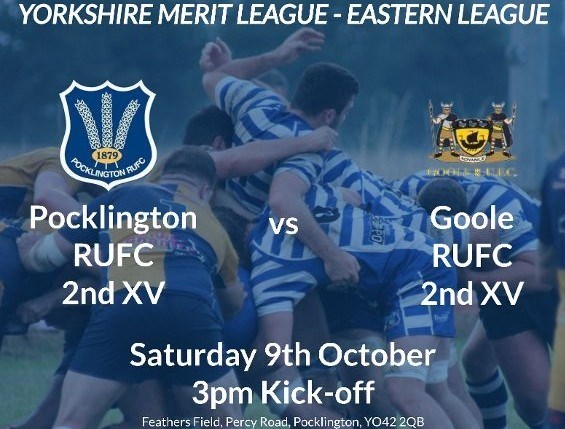 Pocklington 1sts no longer have a game this weekend following an RFU appeal hearing into their game with Morley last month which ended early due to an injury to a Morley player. The injury occured in the 67th minute with the score 28-17 in Morley's favour with the injured player not being safe to move. In these circumstances the North Competitions Committee decides what happens next (it is a commonly held myth that the score stands if 60 minutes have elapsed, but this is only in the case of a game being abandoned due to the conditions), the North initially ruled the game should be replayed tomorrow, 9 Oct, Morley appealed to the RFU who decided that the replay should go ahead on the weekend of 6/7 Nov. Last night's decision came too late for the originally scheduled Yorkshire Shield game at Cleckheaton to be put back on. Cleckheaton had postponed it in midweek in the expectation the Morley replay would take precedence.
All the above means that the Panthers are the headline act tomorrow when they entertain Goole 2nds in the Eastern Merit League, kick off 3.00pm. The Pilgrims are at Goole.
On Sunday the Under 14s are at home to Beverley (ko 11 am), while the Colts are away to Malton & Norton in the afternoon (1 pm).
Minis
U6s - U10s at KP from 10:30am onwards
U11s & U12s at Club - rear pitch from 10:30am
Juniors
U13s - away @ Beverley, 11am KO
U14s - home v. Beverley, at the Club - front pitch, 11am KO
U15s - home (if training) at KP, from 10:30am
Colts - away  @ Malton, 1pm
Tweets by @PocklingtonRUFC