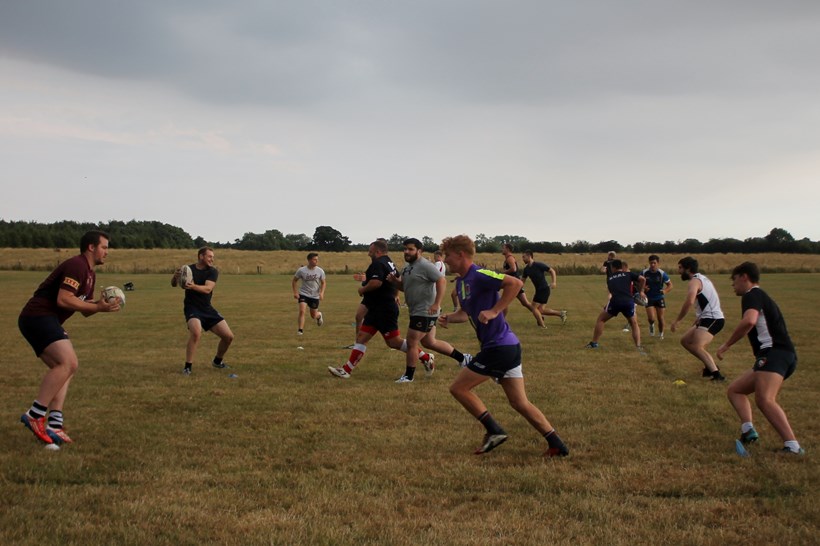 Senior training resumes on Tuesday (30 March) at Percy Road in line with the latest government and RFU guidelines. Minis and juniors follow on 11 April.

Sessions will continue every Tuesday and Thursday at Percy Road at 6.45pm for all present, past and prospective players from the age of 17 upwards. There is no expectation for attendees to commit to playing in the near future, those wishing to just train to keep fit are also welcome, while any newcomers can make contact via the club website or just turn up at a session and make themselves known.

The last time Pocklington played a full match was back on 14 March 2020 before the first lockdown brought a premaature end to the camapign. Since then there have been a number of false dawns, with players doing a full pre-season programme in the summer, then playing a series of inter-club touch competitions before lockdown again intervented. It has left many players restricted to training on their own or in household pairs, and they are keen to be able to join up again for team training. For the first team squad there is match action to aim for as soon as the team sport guidelines move forward to the next step, with Pocklington having a home local derby game against York scheduled on Saturday 1 May.

Director of Rugby, Tony Penn, summed up the mood and hopes, saying:

"We are really looking forward to finally getting back on the training paddock. There's been so many stop-starts in the past year, but hopefully this time we can start training again as a build up towards getting some of match action.

"It's now 12 months since that last minute win at Cleckheaton, no-one would have thought we'd be here not having kicked a ball since then. The guys worked so hard last summer in pre-season, and I hope they are all up for giving it another go with a better chance of something competitive at the end of it thanks to the game against York."

Pocklington's mini and junior rugby section, which runs teams from Under 6 through to Under 17 Colts, is also planning to restart training a couple of weeks after the seniors; with their sessions commencing of Sunday 11 April.

Mini/Junior chairman, Chris Clegg, commented: "we plan to restart on 11 April and train until at least end of May. New players are still welcome at all age levels, and there will be no subs to pay until next season, so it's a great time to join. There may also be more activity to follow in the summer, but we await more RFU guidance on that."

It will be a strange week at the club. It is Good Fridray coming up and usually Percy Road would be a hive of activity getting ready for Yorkshire's biggest rugby day out, the Pock 7s which usually pulls some 3,000 people down to watch. But it is obviously again unable to take place due to the pandemic. There will be a handful of people at the club on Friday as it is being for mobile Covid testing, while the club's charity arm, Pocklington Rugby In The Community, is planning mobilise another of its outreach initiatives for the isolated.