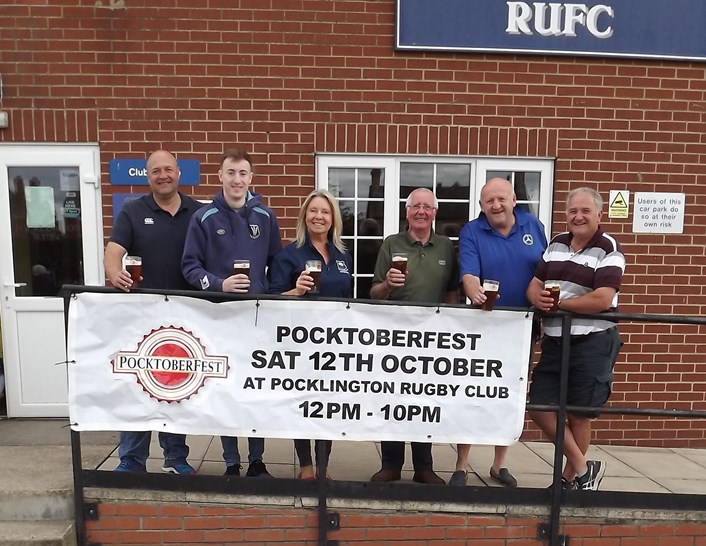 Pocktoberfest returns on Saturday October 12, from 1pm to 10pm, and will take place in the Pocktoberfest marquee at Pocklington rugby club, in Burnby Lane.

The festival is Pocklington’s very own tribute to the renowned Munich beer festival Oktoberfest. First held in 2004, it quickly established itself as one of the town’s main events, and Pocktoberfest 2019 will follow the usual format of recent years of beers from near and far, local musicians and food stalls.

There will be more than 20 real ales, lagers and ciders on offer, from local brewers and from further afield, and to make sure no-one is excluded there will also be Prosecco and gin bars and ample soft drinks available.

Tony Rogers, head brewer of the Half Moon brewery from nearby Ellerton will provide a double act for the event – he is contributing a barrel of beer from his micro-brewery, but also getting the music underway as the first live act on at 5.00pm when he takes the stage as half of the country, blue grass and sixties duo ‘Habitual Drunkards’. Pocklington RUFC club captain, Micky Beard, will also be performing, and the headline act is Selby indie/rock covers band, Black Dogs.

The beer festival follows on from a morning of Rugby World Cup action on the big screen in the adjacent Pocklington RUFC clubhouse which includes England v France at 9.15 am.

Pocktoberfest 2019 tickets are £10 in advance, or £12 on the door, available from the Pocklington rugby club bar, and from RM English Pet Food shop in Market Street, Pocklington.