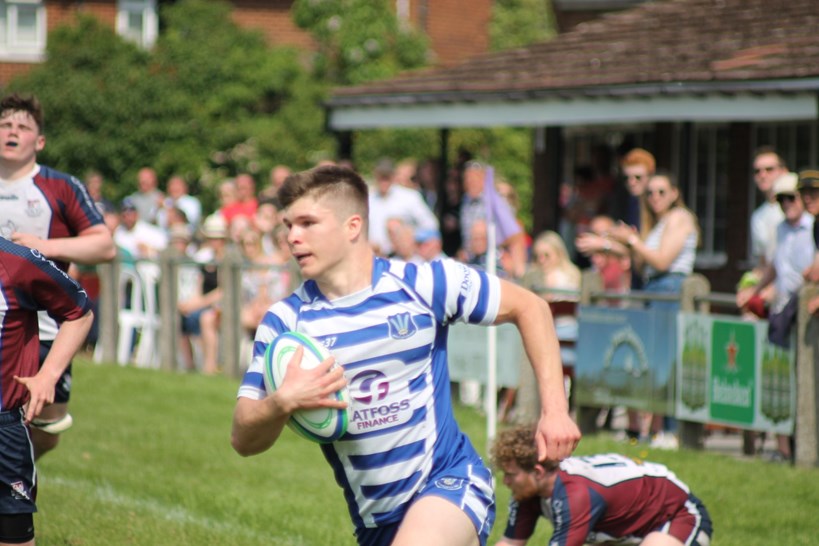 Pocklington beat Scarborough 19-17 on Saturday in the last game of their 2020-21 mini season in front of an appreciative sun-basked crowd - leaving them in credit with a final tally of three wins and two defeats from their five matches.

Saturday's success reversed the result of the first clash between the two at Scarborough a fortnight ago; where the seasiders won 31-26. However, it was a close run thing as Pocklington trailed going into the final quarter before scoring twice in quick succession to edge ahead then hold out for victory.

Once more being without a clutch of their biggest men, plus their lineout failing to function for the first half, meant Pocklington had to play without the ball for long periods. But their defence was back on the money with some strong tackling, and when they did get a bit of  possession they had enough enterprise in the backs, where centre Richie Kaisia was always a threat, to create some sweeping attacks and cross for three good tries.

The initial ten minutes set the tone. Scarborough were first to show but Pocklington held firm. Then a rare clean lineout launched a well constructed 10th minute threequarter loop to send wing Tom Richardson racing down the right, and flick back inside for fullback Christian Pollock to cross and convert.

With fly half Matt Procter drilling the ball long into the corners Pocklington had a platform to take control. But Scarborough kept stealing Pocklington lines, safely took all of theirs, and moved to the other end to score themselves from a trademark grubber kick by Tom Harrison, touched down by Tom Ratcliffe. Lock Alex Todd and comeback front row Will Nicholson scrapped intently for the ball at the breakdown, until the former was sin binned for trying too hard, but Pocklington still led 7-5 at the break.

It was end to end stuff for much of the second half. Scarborough went in front thanks to a try from their No8 and former Pock junior, Harry Cartwright, still led by three points going into the last quarter after Pocklington had dropped the ball with the line begging. But Scarbough then shot themselves in the foot, with their indiscipline seeing them receive two yellow cards in as many minutes.

Pocklington were quick to take advantage and attacked from deep to send left wing Charlie Laudage flying clear down the clubhouse side to score, replacement Sam Britton converting. Pock soon released another raid down the left, centre Sam Patterson came close near the corner, back row Jack Holborough got even closer midway out and powerful prop Kym Russell dobbed the ball down from a foot out to complete the score. Britton's conversion hit the post but Pocklington were almost there at 19-10.

However, with men back on Scarborough once again rallied in the closing minutes. Pocklington repelled the siege eight times on their own line, before Scarborough's Harrison-Ratcliffe duo got then back in touching distance with a try and conversion three minutes from the end. The visitors tried to run from deep with the last play but Pocklington made the tackle and the turnover and with it won the game.

Pic: Pocklington's Charlie Laudage wings in for his try.