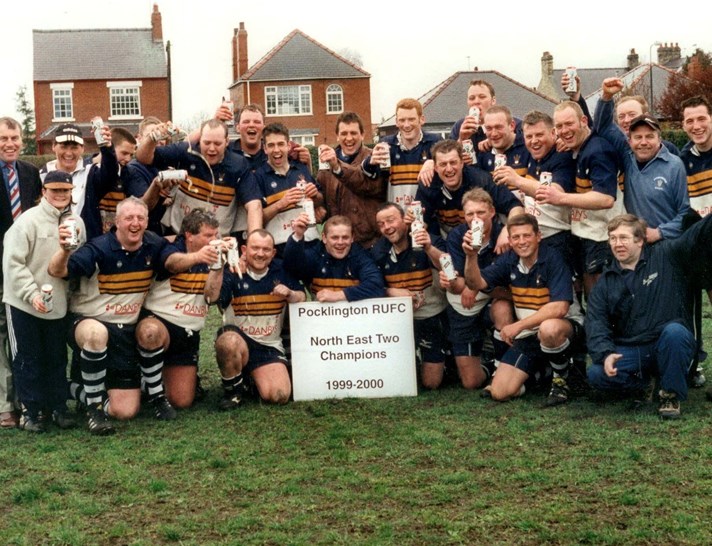 The club has learnt with great sadness that Julian Barkworth, who played in the all conquering 1999-2000 Pocklington team, has died.

Julian was a robust and skillful threequarter for half a dozen East Yorkshire clubs, league and union. He decided to join Pocklington after being on the losing side against us on a number of occasions, and made a major impact as a strong running centre in the side that carried all before it in 1999-2000. They won the North East 2 division, lifted the Yorkshire Shield, scored a club record 1257 points with a playing record of W34, D1, L1, and were voted Rugby World Magazine's British Team of the Year at the end of the season. He is pictured with that side, sixth from the right on the back row, celebrating the league title.

When that Pocklington side broke up Julian returned to his Hull roots, but maintained his links with his former friends and teammates at Percy Road. He subsequently became a club legend at Hullensians, steering them up the leagues in a dozen years as player and coach.

Julian moved abroad a couple of years ago and settled in Fethiye, Turkey where he died yesterday aged 51 after developing complications following a routine hospital procedure. The funeral is tomorrow (Thursday 16 April) at 12.30pm in Fethiye. Our thoughts and condolences go out to his family.