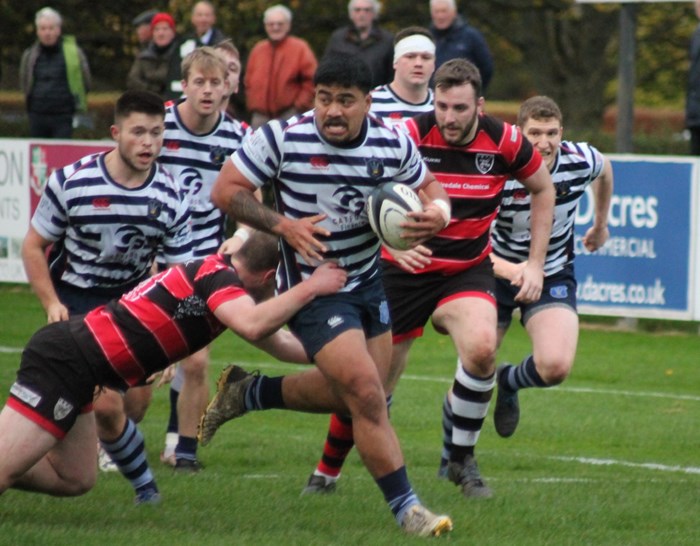 Pocklington one week, Twickenham the next for Pocklington rugby player, Albert Onelei, when he received a late call on Monday evening to join up with the Samoa squad for their game against a star-studded Barbarians this Saturday.

Onelei, 23, has been a Pocklington regular this season, but a whirlwind 72-hours saw him projected onto the international stage. After helping Pocklington to a 31-21 victory at Ilkley in their North 1 East league fixture on Saturday afternoon, it was back to Pocklington for a night on the town with his teammates. He was in the A1079 gym at Barmby Moor on Monday evening when he got the call up from Samoa head coach, Seilala Mapusua, telling him to get himself to London as soon as possible.

Onelei was initially stunned with the news, shaking his head and saying: "I wasn't expecting this, I can't believe it." But he had just enough time to go back to his digs in Pocklington, make a quick 'phone call to his parents in Samoa, grab his kit and get the 10.35 pm train from York to Kings Cross, before making a taxi journey across London in the early hours to the team hotel.

He has been playing mainly back row for Pocklington, but is in the Samoa squad as his usual position of hooker as Samoa face a Barbarian side packed with top internationals from around the globe. The game is being televised live on BBC 1, with coverage starting at 2.00 pm and kick-off 2.30 pm.

pic Albert in action for Pocklington at Ilkley on Saturday.